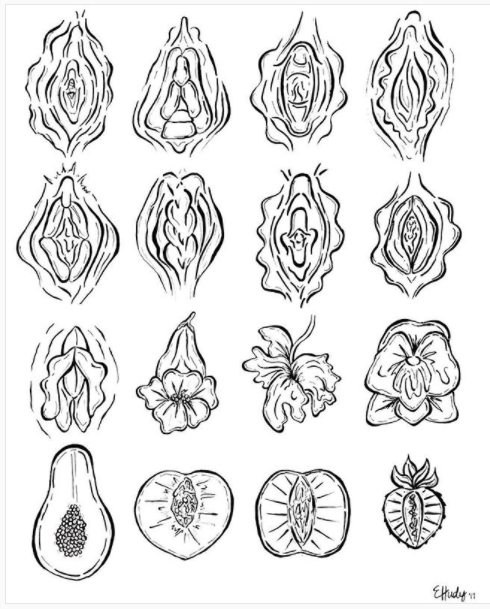 I recently read this article published on Buzzfeed about the misconceptions of the hymen and virginity and from the title alone I was shook.

WHY IS FEMALE SEX ED SO HORRIFICALLY BAD???? (not even sex ed, but education of our own bodies. Like, that’s just biology. It’s just the bloody meat sack we lump around in our entire lives. No biggie.)
It’s one of many examples of historic misogyny within medicine and science. Female genetalia and sexuality have been massively under-researched for far too long, thanks to a society and research body largely dominated by a group of men who believed it wasn’t important.
There are female bodily functions that remain a medical mystery, even to those who have worked hard to get to the bottom of them (e.g. female ejaculation). Granted, some happy accidents occurred like the invention of the vibrator to cure Female Hysteria (smirk).

Everyday I get more and more upset about the reality we live in. It’s all fucked up, but the way the world treat women is disgusting. The other day I told my friend how horrible is to see the differences between being born a man or a woman and how unfair the achieving process is depending on ur gender. His answer was: ”You are the luckiest, you can get every man to fuck you and get anything you want from them.” How sad is that men think we are lucky bc we can manipulate them with our looks to get their power? Is that the only thing we can do? Take advantage of men’s work? It’s just bullshit that even if I’m fucking smart or such a hard-worker society is gonna see me weaker or worst than some weirdo just bc I have no dick? Tf? But anyway, enough ranting for today, what we need is #POSITIVEVIBES • • • • #storytime #ranting #upset #heartbreaking #reality #patriarchy #society #fuckedup #womenarestrong #lesbian #gay #memes

And there are those taking female medical research more seriously, like those who conducted the review into the validity of virginity testing that resulted in the realisation that the hymen doesn’t prove virginity. However, even today stories of doctors not taking women’s pain seriously continue to circulate and I’ve just about had enough.

The implications of The Hymen Lie

I have so many issues with this hymen lie.
Firstly – we can finally prove that virginity doesn’t medically exist. For far too long, females have been led to believe that remaining ‘in tact’ is pure, virginal, right. Truth is, none of these things factor into it.

“‘Virginity’ is not a medical term, it is a gender-based social and cultural construct…It has been used to sexually exploit and humiliate women and girls throughout history. Its definition changes depending on who you talk to. We need to change how we talk about virginity. ‘Losing your virginity’ implies that you are not in control of it. No one besides you, not a hymen or another person, can ‘take your virginity away’. You are in control of your body, and no one should define you by your sexual history.”
Rose McKeon Olson (one of the researchers from the above study)

Sidetrack, but important – non-penetrative sex is just as valid as penetrative sex. Just because you haven’t/don’t want to/can’t be penetrated does not make you a virgin. You can still have sex in a number of ways, regardless of what society/religion/education has told you in the past. I think this is really important to drill in.
Next, we have to consider those who didn’t bleed when they first have penetrative sex. Does that make them ‘impure’? Does it mean they’ve previously had penetrative sex? Why are we even asking these questions? Hasn’t anyone heard of body autonomy?

Also, tampon anxiety. It’s real. I’ve experienced it. When I first started my period, my bleeds were heeeaaavy. Like red river of doom heavy. I considered using tampons, but I’d been told it hurt. I was led to believe that using one would break my hymen. That when I lost my V card, it wouldn’t be the same because I didn’t have my hymen. These things were all wrong (apart from it hurting – I experienced that first hand and have never gone near tampons since).

Now, we have to talk about the more sinister implications of The Hymen Lie. While it’s upsetting to think about, we must consider the brutality that The Hymen Lie has brought about on those who “broke” their hymens?
What about girls who felt forced by their religion/culture to undergo “reconstructive” surgery after assault/rape/just not having one to prove virginity?
Or those whose hymens remained in tact after being assaulted, and so their accusations went unheard?
Reconstructive surgeries, honour killings and other abuses females have suffered from as a result of being considered “impure” because of their lack of hymen are now medically indefensible (where they were only morally indefensible before).
The review I mentioned earlier had this to say about virginity testing:

Virginity examinations are most commonly performed on unmarried females, often without consent or in situations where individuals are unable to give consent.

It’s incredibly upsetting. I’m privileged to have grown up in a society that didn’t put so much emphasis on that small collection of cells. I can’t imagine the stress and pressure put on those whose elders enforce this idea that the hymen represents purity, worthiness and – in some cases – is a matter of life or death.

To my mind, it’s simple really. We educate. We need to get this message out there to those who need to hear it most. Vagina owners everywhere need to understand how their bodies work. I’m not just talking about a Vagina Monologues-style session with a compact mirror between your legs (although I think it’s absolutely a necessary learning curve – does anyone else think it’s weird that women often don’t know what their own vaginas look like?).

We need to get the message out there that hymens aren’t really a good indicator for virginity. Nor does virginity really exist outside archaic, oppressive systems that look to control women in every way possible and that fear women’s free expression of sexuality and personal ownership.
We should also be pushing for more medical research. This doesn’t end here. It can’t end here. We need more answers and we need them now.
Because, at the end of the day, how can we truly know and express ourselves if we don’t have all the right information? 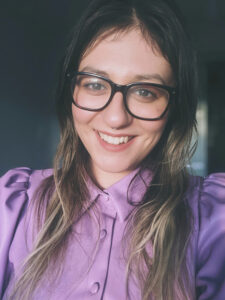