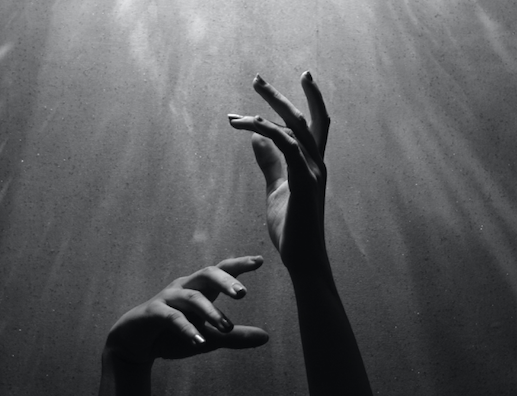 Expanding in italics on a Twitter thread of minutes ago, I have a question: What the fuck are we doing? And I don’t even begin to answer, instead turning inward to consider my personal glitches.

“In the six months from November last year to April this year, it failed to reach nearly 100,000 people who had tested positive for Covid and as result failed to identify their contacts who could potentially infect others.”

Beleaguered service sent out mass tests but just 14% have been registered as used.

The unfathomable rage that vibrates through me has no outlet. How can we grieve when each week the failures stack higher and the death toll climbs? How can we begin to comprehend the deaths this government facilitated with a £37 billion price tag?

How do we begin to define disgrace in a country governed by farce and misstep at every turn? How do we capture the humiliation, the disrespect, the sheer ridicule played out on a global stage – to fully accept the scale of this undiluted gore as it covers headline after headline and depersonalises the perpetrators and obscures reality?

With a cooked noodle for opposition, a new health secretary hell-bent on putting profits before people, and a population still more likely to vote them back in than any other party, how do we remotely imagine healing from this at state level? Hold your communities close.

How do we find trust in authority when authority plays strip poker with our lives? Pair of aces – lose a colleague. Full house – lose your granny. Vestements and dignity lost with wild abandon at cabinet meeting tables in 10 Downing Street. Have they no shame?

Your last molar erupted as your history of shame and guilt and regret spewed outward in bloody sobs at full volume in a portacabin classroom to the girl who crushed your self-view with words and wit and disgust in every minute she must spend in your presence. The heat of that viper’s cunning so poisonous you feel your cheeks’ remembrance over ten years later. Hormones and high school competition pale in comparison here but strike into focus the same power dynamics, the same playground, the same defeated grown-up-child desperate for justice and kindness and let down by those paid to contribute accountability. Where is the fucking justice? Can justice ever be realised with the weight of this island’s history and its self-righteous grandiose bullshit sinking this ship to prove we design our own destiny?

The ache of a grief still in its infancy, muffled by a body desperate to suppress the scream and a mind too full to identify a single thread in the tangle, holding hands with grief a decade older and not much wiser – that grief crumbles violently. So fucking violently.

I am neither a stranger to grief, nor well-versed in its philosophical musings and ultrarealistic horror. Gulping down air and dreading the dark of night, the near-silent space between day and sleep. My grief sits in my body, stagnant air and crushing disappointment – in myself, in the world, in the inevitability of life and death, in the unmistakable beauty in loss and the sheer fucking audacity of that reality, that stunning-grotesque unreality.

A collective grief, a cumulative grief, a horror-stricken, injurious, gutting of the human body and spirit is far from unprecedented in this nation soaked in blood, but the privilege of reaping ancestral rewards is a twisted glint of the knife in my chest nonetheless.

The folds of my grief are child-clumsy paper fans made with craft paper too flimsy to cool red flesh and sharp enough to draw blood with an errant slip of a digit. Concertinaed with enough pressure to bruise the paper, bleed its rosy ink on the fingertips. Held together with no more than a sticky, hopeful fist, too young to comprehend the everlasting disappointment of divine failure, human nature.

What the fuck is grief but failure; the exacting of nature, a righteousness in its most basic form? How might we traverse the realities of interdependent instincts for connection and survival when severed ties – actual and imagined – set about the collapse of an organism’s entity entirely? Power down and the grief sits waiting when we reboot and try again to parse the next sentence, deliver the next command. Instilled, installed, instant and inseparable from life itself. To live is to grieve: time, promises made, hopes unraveled and realities laid bare.

Tax-paying citizens cannot easily comprehend this much money because it it simply outside our frame of reference. It’s not cynical to believe that government officials and those they assign contracts to know this, and therefore grossly inflate the expected cost of systems like Test and Trace to ensure pockets are lined and friendships remain lucrative with little more than an impressed lift of the eyebrow from Average Citizen who is pleased the UK Government has this much money to spend to look after its infected citizens.

Politics isn’t complicated. You invest in people and they reinvest in your society. You kill your population and who is left to pay taxes and cast their votes? A change has to be on the horizon. Though we never have learned from our history yet so why start now. This is agony.

Oversimplication is easy when emotions run high. I sit on the toilet and my forearms shake too much to successfully tear the paper from the roll. I wash my hands and focus intently on the spaces between my fingers, attentive pads run over jagged cuticles ripped in anguish, thumb skin scratched in short, tight drags to remind me of the here-and-now; mutilation as meditation. Blood droplets swirl the drain and I’m reminded of where I am, what makes me shake. My pre-menstrual dinner of Cool Doritos and Bourneville dark chocolate grow hands and climb my throat, coated in hot acid and frigid dismay, but are refused exit by teeth clamped shut so tight a molar cries its protestation. Enamel and spit and snot and hot salty tears – none of it can leave this body. Containment is preferable, suppression more palatable- quieten and rationalise, please.

Welcome to my real-time processing of the absolute horrorscape we call Great. My body cannot contain the fury. I cannot untangle the knots – one pull too strong and I’ll unravel entirely. This is fucking excruciating. And no one is doing a thing about it.

I picture myself on an empty stage. There is no performance here, only proposition. Sit and watch. Bear witness, hold space, be. And so I will cry unimpeded by social constraints and unhinged by social conditions – and you will watch passively with critical gaze and unflinching judgement, such is the relationship between actor and audience. A real-time camera capturing every sniff, every shudder, every thrash projects the scene in front of you on the wall behind me. An echo, only seconds out of time with my own soggy soliloquy. Haunting, taunting, signaling the cycle of grief, promising the renaissance of these same tears again and again – though pitch may shift, the historicised rhythm is cell-deep, instinctual. The emotion is almost secondary to the muscle memory – this body knows it’s too full. And so it cries. Until the brain catches up and shame’s satin glove covers my mouth to muffle the keening. But nothing softens the ache.