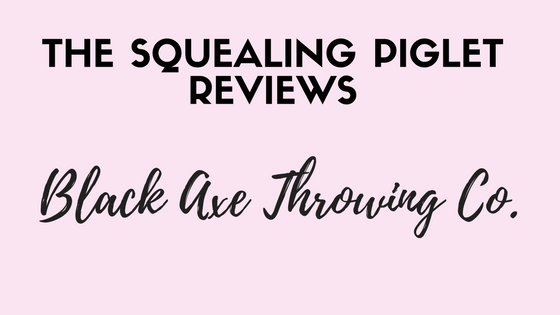 Yes, you read that right

The last place I expected to be walking towards at 9 o’clock on a Wednesday night (especially in this baltic weather) was the Biscuit Factory. And yet there I was, bundled up in many layers, psyching myself up for an hour of axe throwing with Tam. 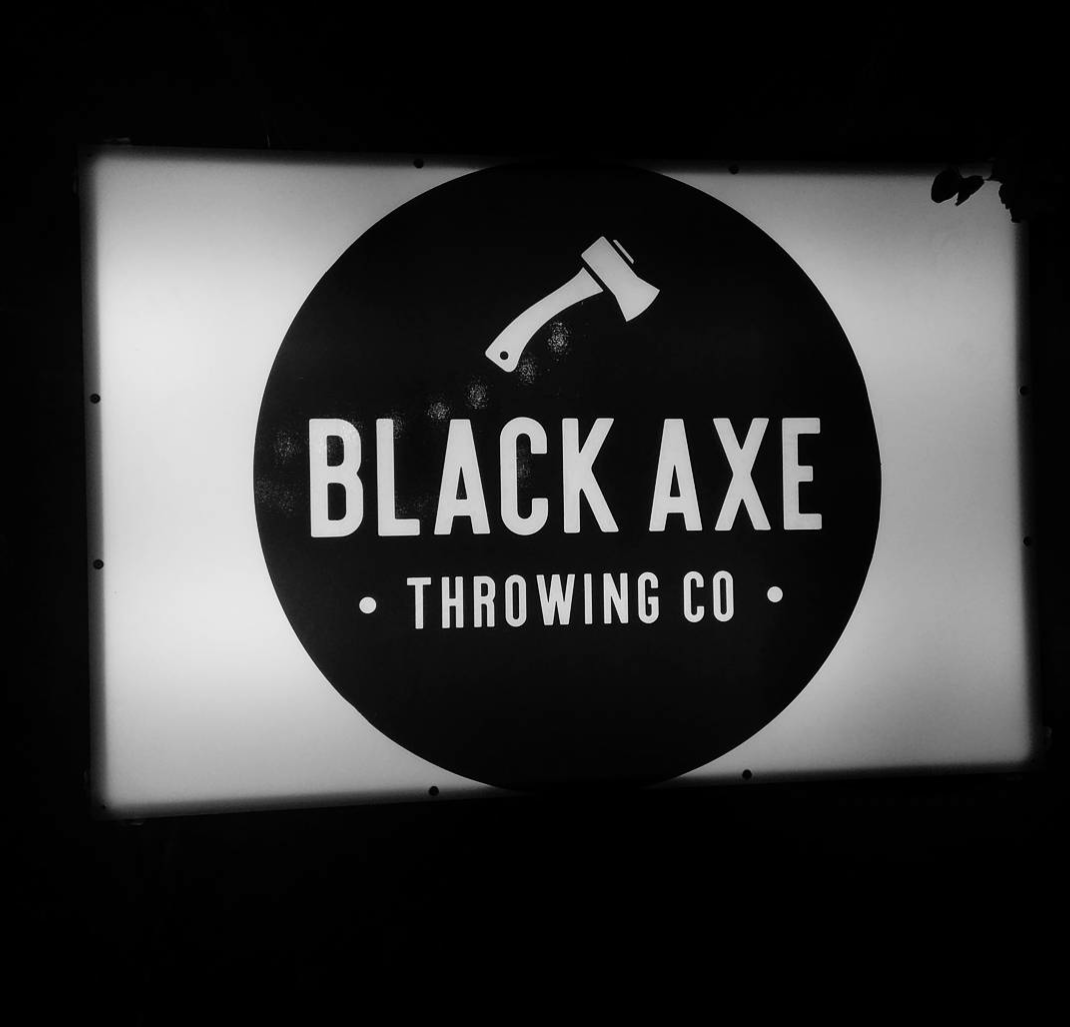 Black Axe Throwing Co, here until Sunday, know how to show couples (singles, and groups) a good time. Greeted by upbeat music, the smell of Geek Pizza ovens working hard and long picnic tables seating an assortment of friends and couples waiting to be shown to the Throwing Area. 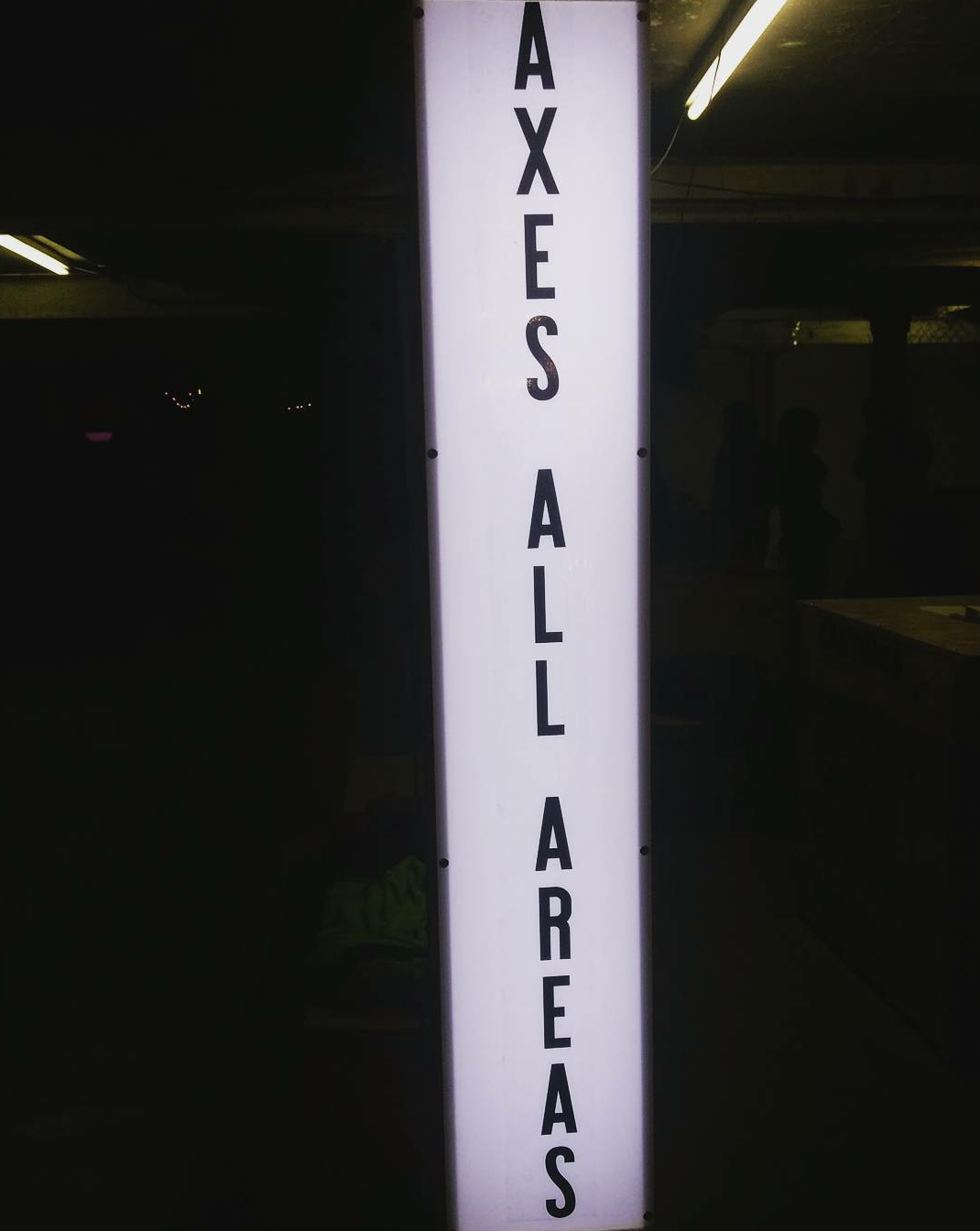 The venue they’ve chosen is perfect. The Biscuit Factory, if you don’t know it, is hidden in Bonnington. Housing studios, working spaces and an exhibition venue, this refurbished factory is rugged and somewhat unassuming on the outside. No one would suspect there would be axe-wielding couples on the top floor.

I have to say, apart from holding this event in a field at a music festival, I can’t imagine a better location.Worn metal beams support concrete walls. The rustic vibe is somewhat comforting, if a little chilly, so I was glad for my many, many layers. Three throwing areas are sectioned off by wire attached to metal beams and at the far end of each sit two well-used targets. Tree stumps hold a pair of axes while they’re not in use and our instructor introduces us to the art of axe throwing. 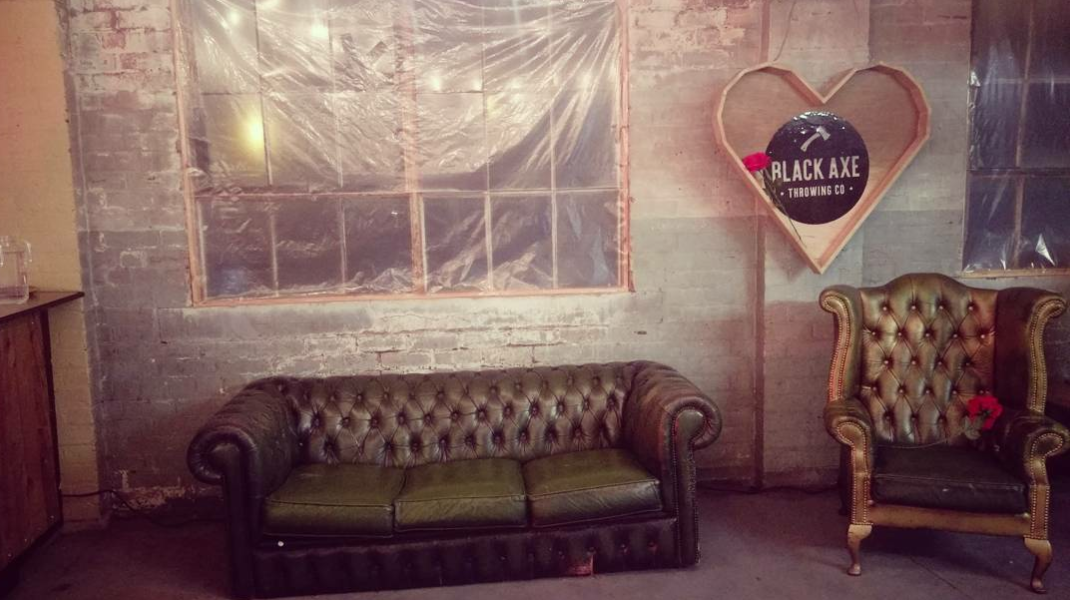 There’s a palpable nervousness born of the unknown, but the high energy and excitement emanating from every eagerly waiting participant creates an infectious buzz and we were (cautiously) ready to throw some very sharp and dangerous objects at some plywood.

We soon find out that this is a refined skill and certainly not for the faint of heart. The adrenaline spikes as you pick up that axe for the first time, feeling the weight of it – and the responsibility not to injure or break anyone/thing. A second spike hits as you release the axe and send it hurtling through the air, praying it 1) lands in the target, and 2) doesn’t recoil and wedge in your shin. 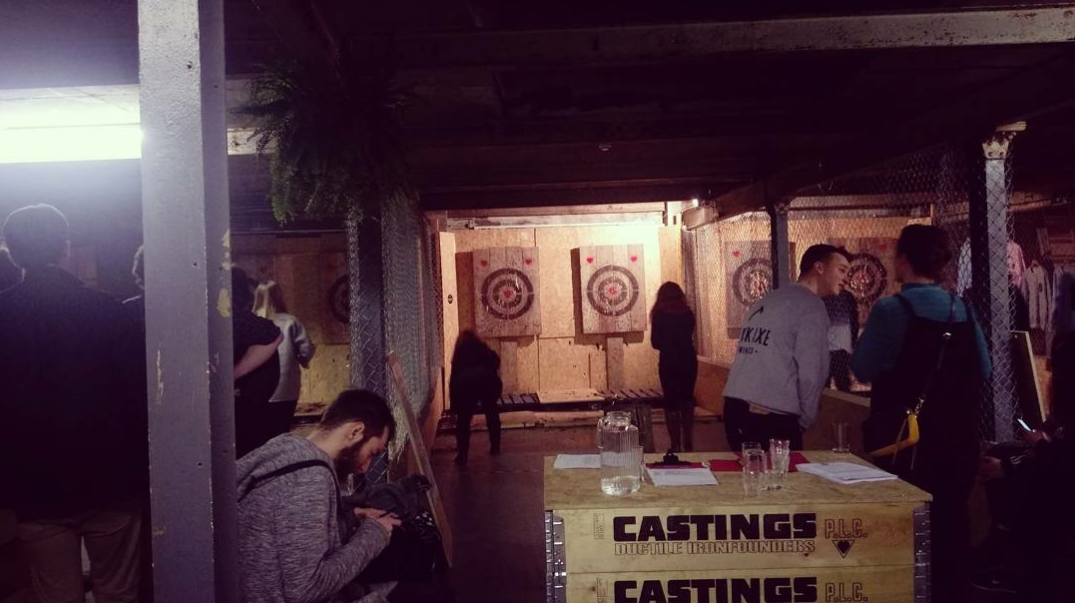 Joining five other pairs at our station, we soon started throwing practice shots to get used to the idea of axe throwing. We were atrocious. But so was everyone else, and the camaraderie and sense of group failure created much needed hilarity to take the edge off the adrenaline-induced danger. Our instructor was great fun, approachable and happy to share his knowledge. I’d like to point out now that he did throw an axe once himself and even he missed, so I don’t feel nearly so bad about my lack of axe throwing skills. An axe murderer in the making, I am not. 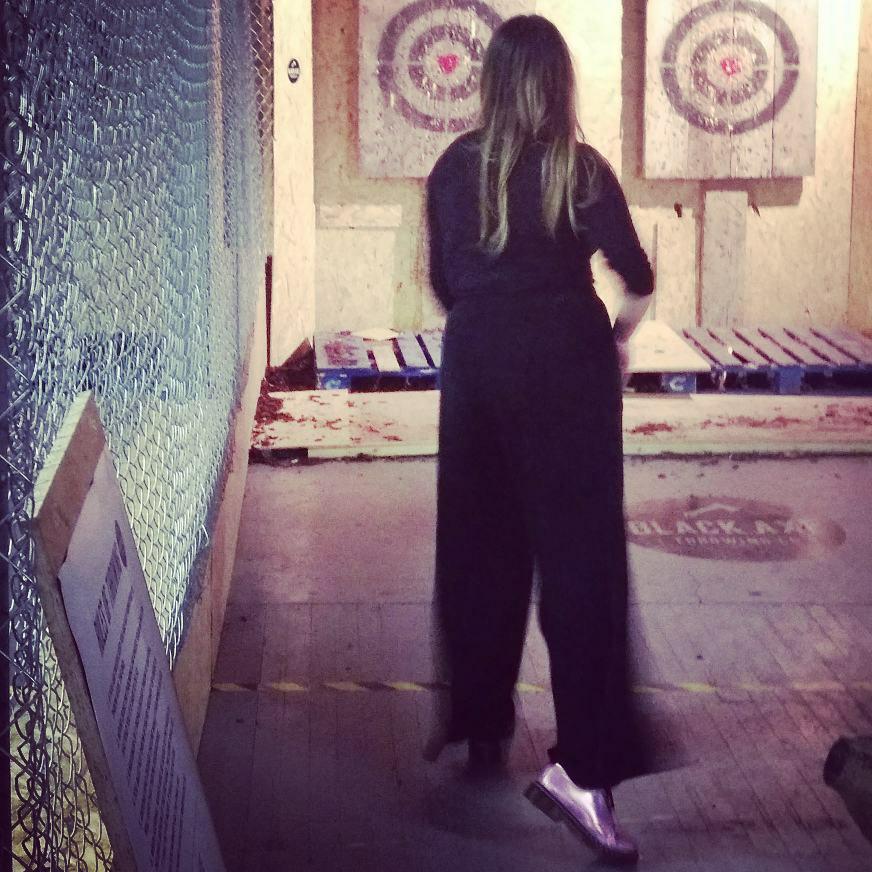 Following the warm up, a friendly competition ensued. Safe to say, our team lost, but it was a close call (not that we contributed a single point to our team’s combined efforts). Following semi-finals, a final round and eventual axe throwing champion within our group we had the opportunity to throw axes for more practice/chances to sink an axe in some plywood, order pizza and cocktails (on the grounds that we didn’t come anywhere near the axes again). We didn’t order from Pizza Geeks, having opted for Sainsbury’s own pizzas earlier in the evening, but they smelled damn delicious so I would highly recommend on that alone!

It’s not a cheap night out at £20 a head for the basic axe-throwing package sans pizza and alcohol shaped bells and whistles. However, considering the insurance they must have to cover, the fantastic venue and tutelage from our instructor – plus the mere fact that we got to fling axes at a wall for an hour, I’d say it’s totally worth it.

I’m tempted to go back – they’re here til Sunday 18th Feb and it was so much fun!! If you have the time and the money, or are able to catch them at a future event, I would highly recommend buying yourself a ticket.

Fun, therapeutic and completely different – this Valentine’s date will be tough to beat!